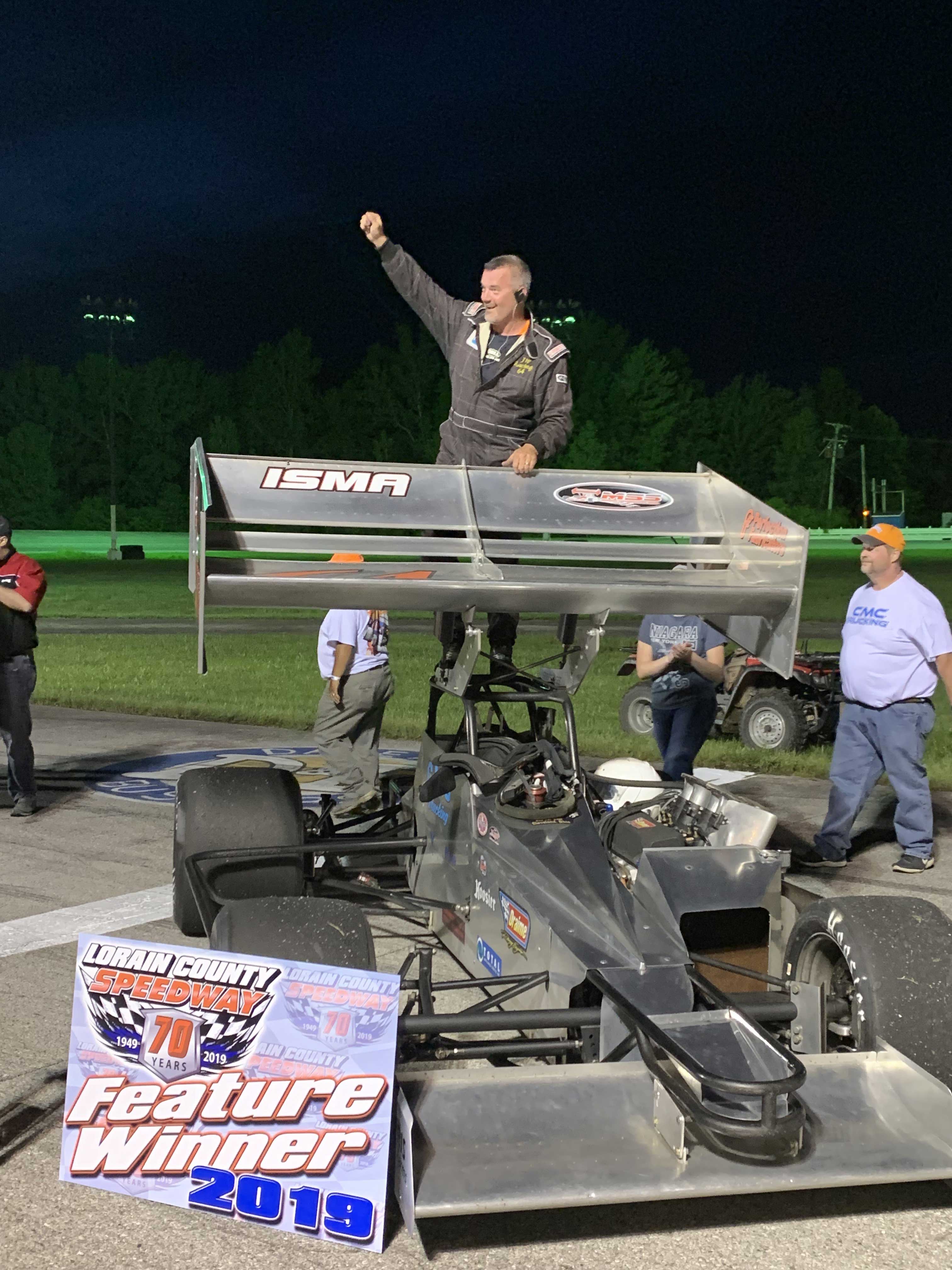 After Mother Nature washout with our season opener at Sandusky two weeks ago, everyone was greeted with perfect racing weather Saturday night for the race at Lorain County Speedway, and the show did not disappoint.
The field was led to the green flag by the 81 of Denny Fisher and the 3 of Ricky Otts, who traveled over 1400 miles from Colorado to race the former AJD Racing supermodified that he purchased over the winter. As the green fell Fisher jumped out to the early lead followed by Otts and AJ Lesiecki. But, by lap four Jim Paller was starting to show that he was going to be tough to beat as he quickly got around the Lesiecki 7 to take third. A caution for Kyle Edwards came out as he spun his number 11 coming out of turn two. During the caution, Lesiecki brought the 7 to the pits for some minor adjustments and was able to restart along with Edwards. As the green waved for the restart the top five were Fisher, Otts, Paller, Talon Stephens, and Danny Shirey. It took Paller just two laps to the lead and he took off from the rest of the field. Meanwhile, Shirey made his way past Otts and Stephens to set his sights on the fast moving 64. The night’s second caution came out on lap 16 for rookie Ryan Winningham as he slowed and came to a halt in turn two, he came back to the pits and did not return. The race started once again and Shirey took a peek down low, but couldn’t make it stick and settled back to second. The top five were Paller, Shirey, Stephens, McVetta, and Rich Reid in his brand new Jim Bodnar built Supermodified. McVetta and Stephens had a great battle going for third until the last caution fell for the spin of the Lesiecki 7 with just four laps to go. On the restart the battle for second through fourth was a good one! McVetta was finally able to get by Stephens for third, but was unable to make any attempt on his teammate Shirey. As the checkered flag fell, it was Paller, Shirey, McVetta, Reid, and Stephens rounding out the top five.
Jim Paller was happy with his run, but didn’t like seeing the cautions come out. “I was looking at the scoreboard, and I knew McVetta and Shirey were back there. I just tried to keep it clean.” Danny said “I am usually very good on restarts here, but I kept getting wheel spin so I just couldn’t make it stick. Great job by Jim to get the win.”
MSS would like to thank our series sponsors CMC Trucking and Perfection Fabricators. Special thanks also to both Airgas and the Zirzow Family for their support for this Lorain race. Jim Paller was the lucky recipient of the, In Memory of Buck and Linda Hollifield $200 Feature Halfway lap by Jay Hollifield and Family.
Next up for Midwest Supermodified Series will be Sandusky Speedway on Saturday, July 7th, 2019.
Fast Qualifier- Kyle Edwards, 12.072
Heat race 1- (64) Jim Paller, (22) Mike McVetta, (11) Kyle Edwards, (81) Denny Fisher, (7) AJ Lesiecki, (66) Lou LeVea Sr.
Heat race 2- (72) Danny Shirey, (55) Rich Reid, (30) Talon Stephens, (3) Ricky Otts, (39) Jason Wells, (27) Ryan Winningham
Feature- 1. (64) Jim Paller, 2. (72) Danny Shirey, 3. (22) Mike McVetta, 4, (55) Rich Reid, 5. (30) Talon Stephens, 6. (11) Kyle Edwards, 7. (3) Ricky Otts, 8. (7) AJ Lesiecki, 9. (81) Denny Fisher, 10. (66) Lou LeVea Sr, 11. (39). Jason Wells, 12. (27) Ryan Winningham 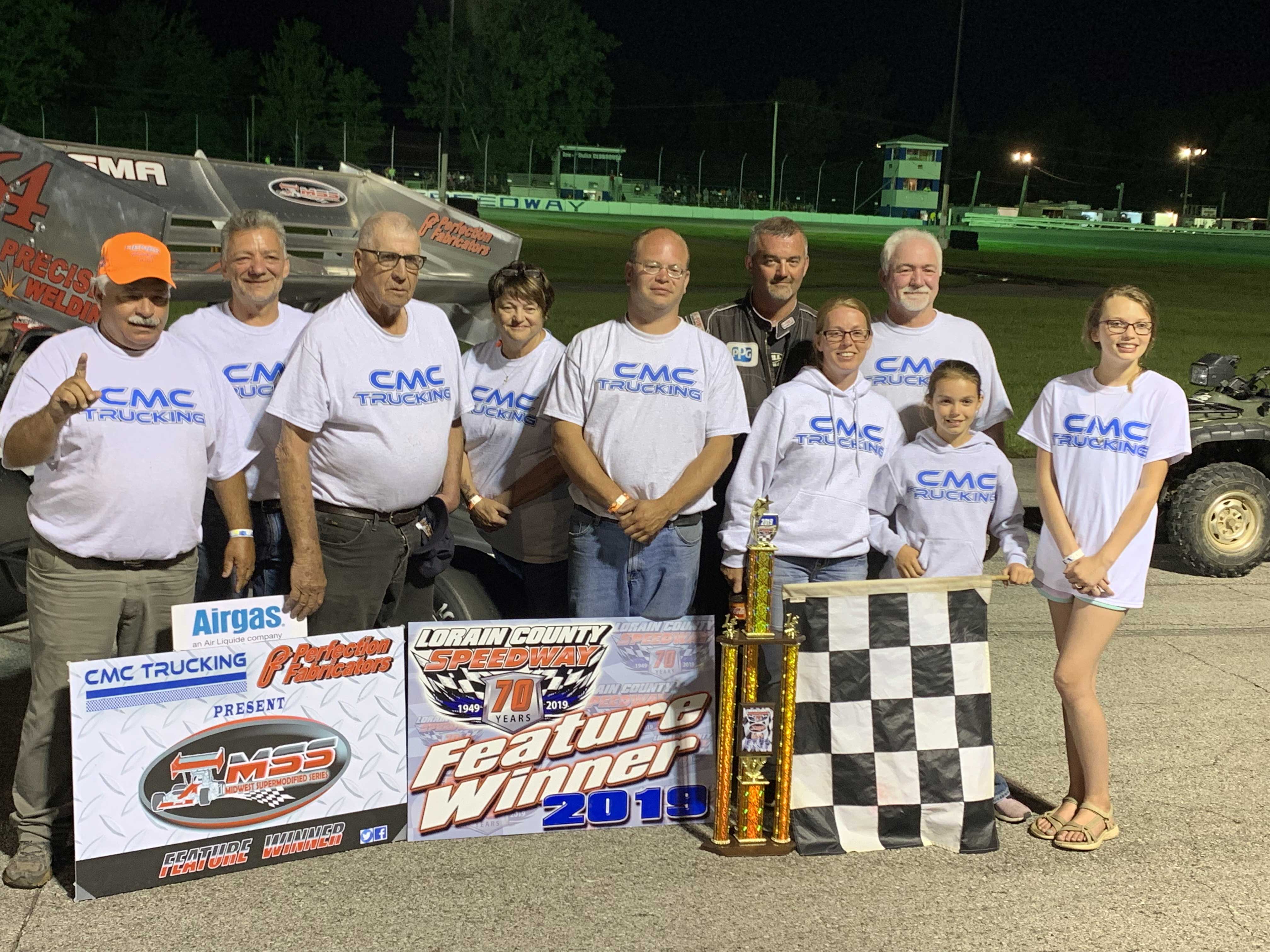 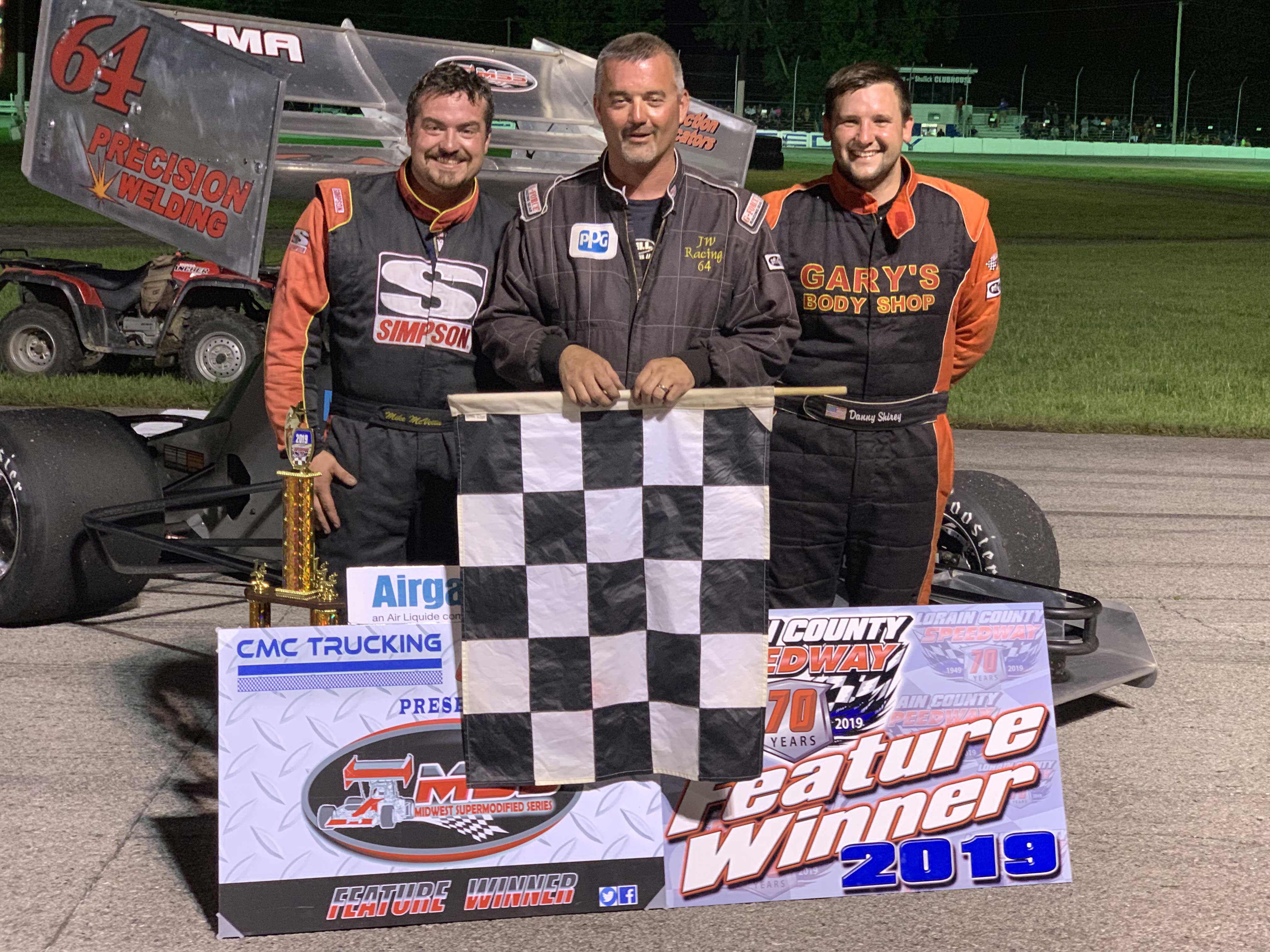 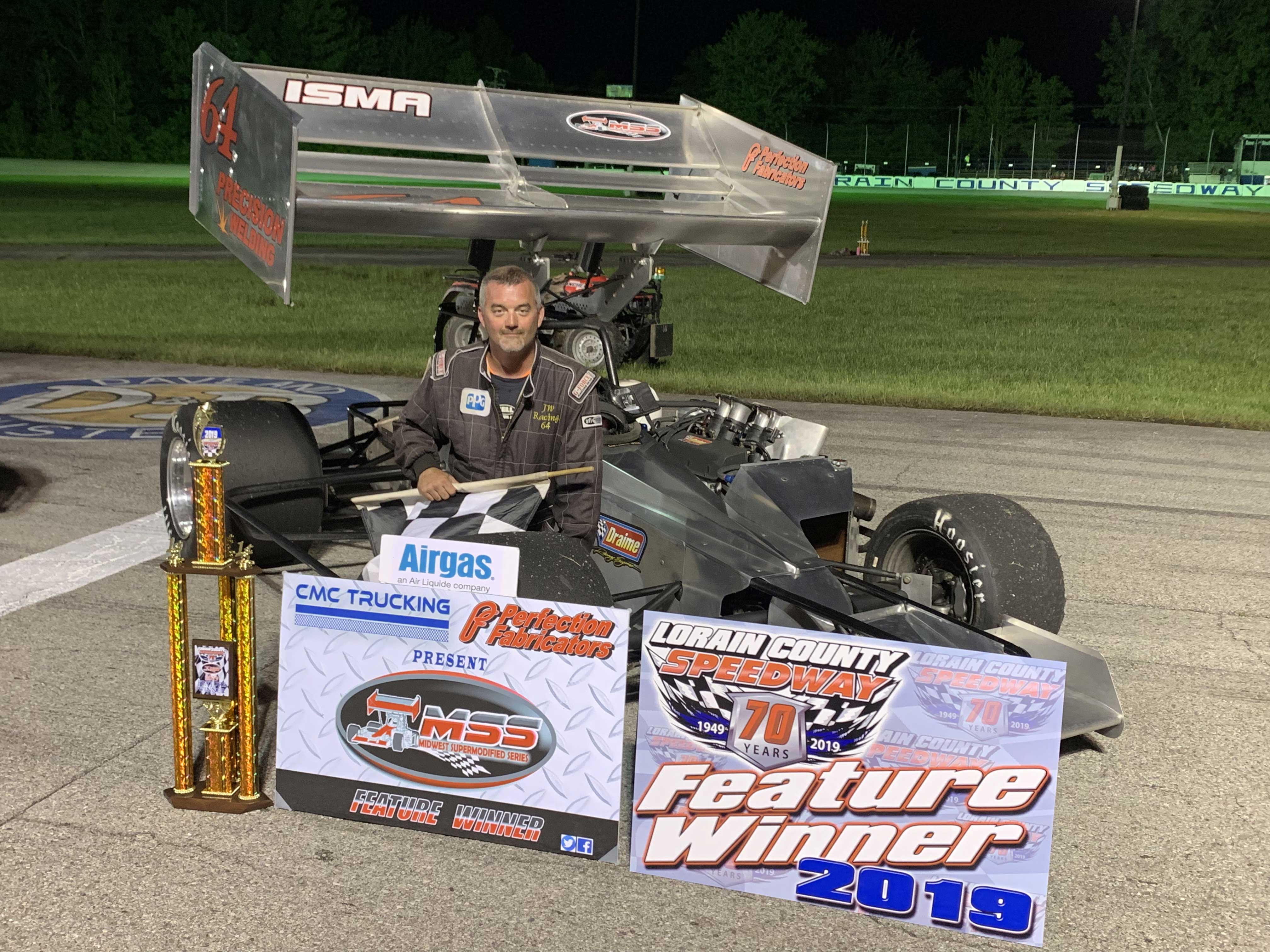 Congratulations McVetta Racing and Driver Danny Shirey on being our 2019 MSS Champion!

The Midwest Supermodified Series would like to present our 2019 partners for the season.

Special Thanks to Team #30

SPECIAL THANKS TO OUR MSS SERIES T-SHIRT SPONSORS!