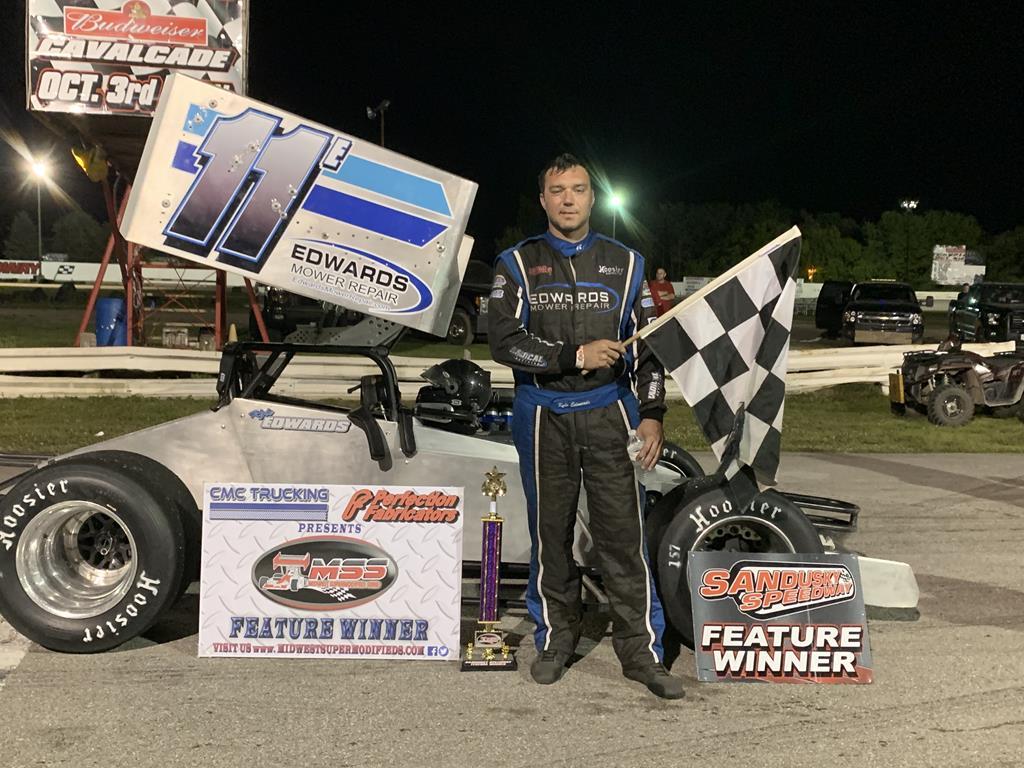 Kyle Edwards may have established himself as the man to beat this year for the MSS title. Using a late race red flag, Edwards passed leader Trent Stephens for the win.

The field was led to the green flag by AJ Leseicki and rookie Kasey Jedrzejek. Kasey, made his first ever start in a supermodified last night in the Henes Racing 36. Before the green fell, there was trouble on board the 8 of Jonathon Leseicki as he went back to the pits with a fuel leak. When the race started it was the 88 of AJ Leseicki jumping out to the early lead with Jedrzejek following closely behind in second. By lap three the 32 of Moe Lilje got under the 36 to take over second place.
Meanwhile, the 19 of Trent Stephens was on the move. By lap six he slipped by Jedrzejek for third place. The 55 of Rich Reid would hit the outside wall coming out of turn four. The car had heavy right-side damage and would be out for the night. The 11M of Matt Marlowe also spun. While the field was slowed the cars of Mike McVetta, Jim Paller, and Jason Wells would all go into the pits. They would all return to the track. The top five were the 88, 32, 36, 11E, and the 19.
The green would come back out but the caution would fly again before a lap could be completed. The 22 of Mike McVetta would come to a stop on the back stretch. He would be pushed back to the pit area and his night would be done. Power steering would be the culprit for the early exit.
With green out once again, Stephens would get by the 36 for third and then one lap later would get by both the 88 and the 32 for the lead. By lap 15 he left the Leseicki and Lilje to battle for the second as Stephens pulled away. But by lap 20, AJ Leseicki was catching the flying 19.
As the field came by to complete lap 21 the yellow would come out for the last time as a fire erupted on the 11M of Matt Marlowe. Matt stopped the car on the front stretch and escaped unharmed. It was then determined by race control that the race needed to be red flagged for a lengthy clean up on the track. The top five would be the 19, 88, 32, 11E, and the 30.
On the restart Kyle Edwards would start to show his speed. He got by Moe Lilje and on the very next lap would get around the 88 for second. Stephens’ half straightaway lead quickly evaporated. When Edwards was finally able to get around Stephens with just two laps to go as the crowd was on its feet. Kyle wasted no time in putting distance between him and the rest of the field crossing the line in first as the checkered flag would fall. Trent Stephens would finish in second and Moe Lilje would finally get around AJ Leseicki after battling all race for third.
Kyle Edwards pointed to the late red flag as a turning point of the race. “I am glad that red flag came out. I messed up and Trent around me on the outside and I thought I was just going ride around in fourth. I got a real good bite coming off of four and put it down low and it stuck.”
Trent was a little disappointed in victory lane. “I don’t have a lot of good things to say about myself today. I’d like to say thanks for all of the fans for coming out it was a good crowd tonight. We weren’t good in practice but we made some gains on it tonight.”
Moe was happy with his race. “Hopefully we put on a pretty good show for everybody. We diced it up with the 19, 88, and the 11. Well, not the 11, he blew by me like I was tied to a post those guys were really hooked up tonight. We came here tonight to try and get a grip on what we are going to do for Hy-Miler weekend and we made some strides on the race car and I think we are going to be in good shape for the 100 lapper.”
Feature 30 laps. 1. (11E) Kyle Edwards, 2. (19) Trent Stephens, 3. (32) Moe Lilje, 4. (88) AJ Leseicki, 5. (30) Talon Stephens, 6. (36) Kasey Jedrzejek, 7. (64) Jim Paller, 8. (27) Aric Iosue, 9. ( 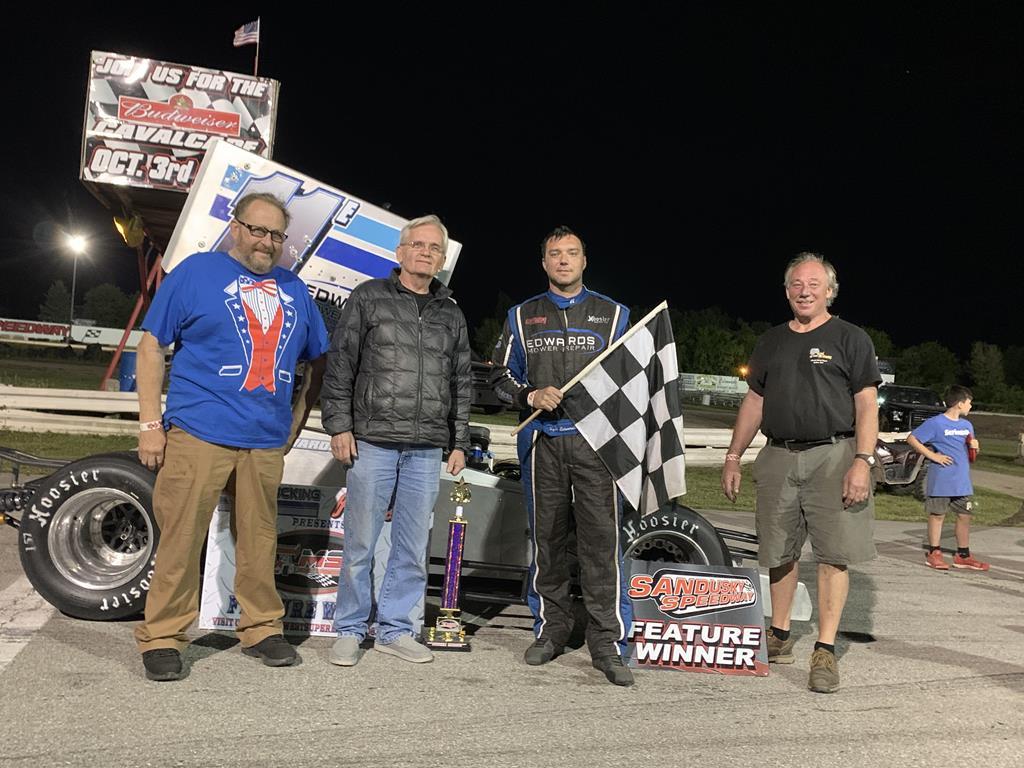 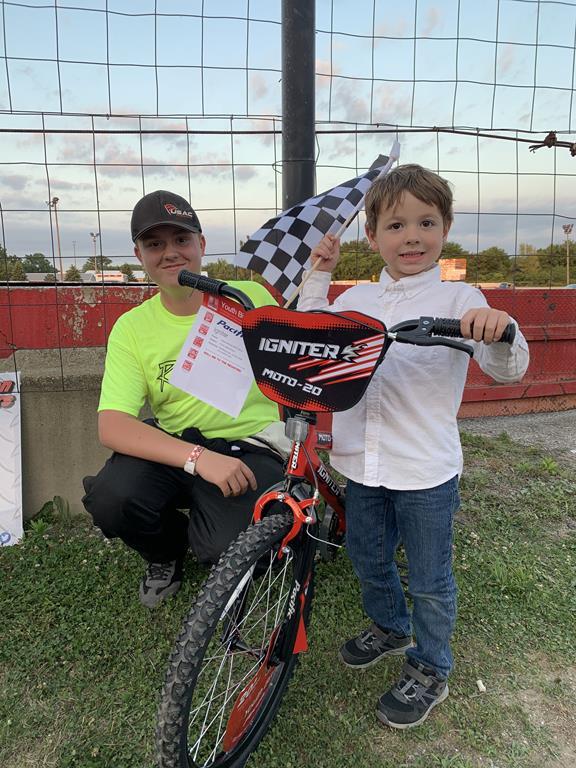 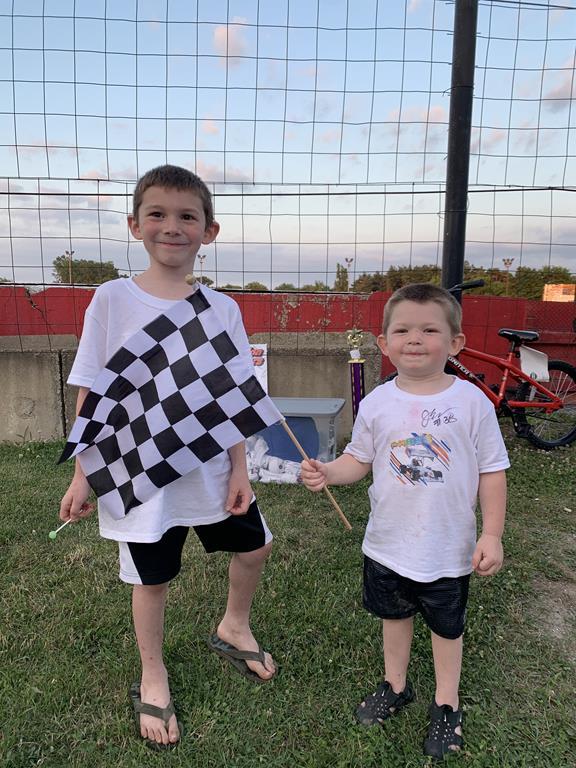 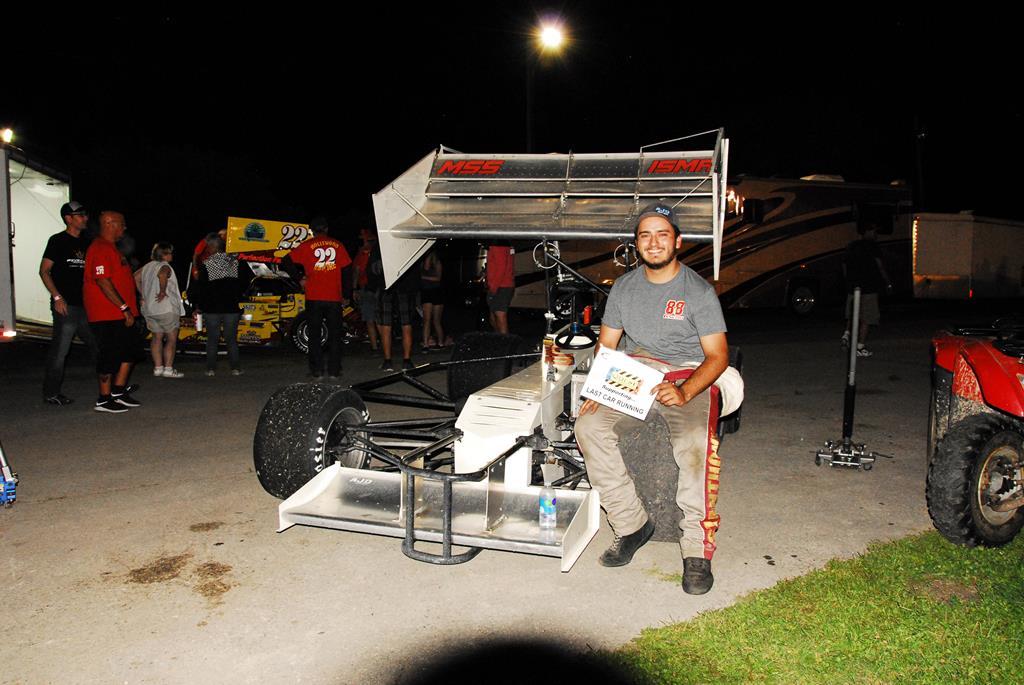 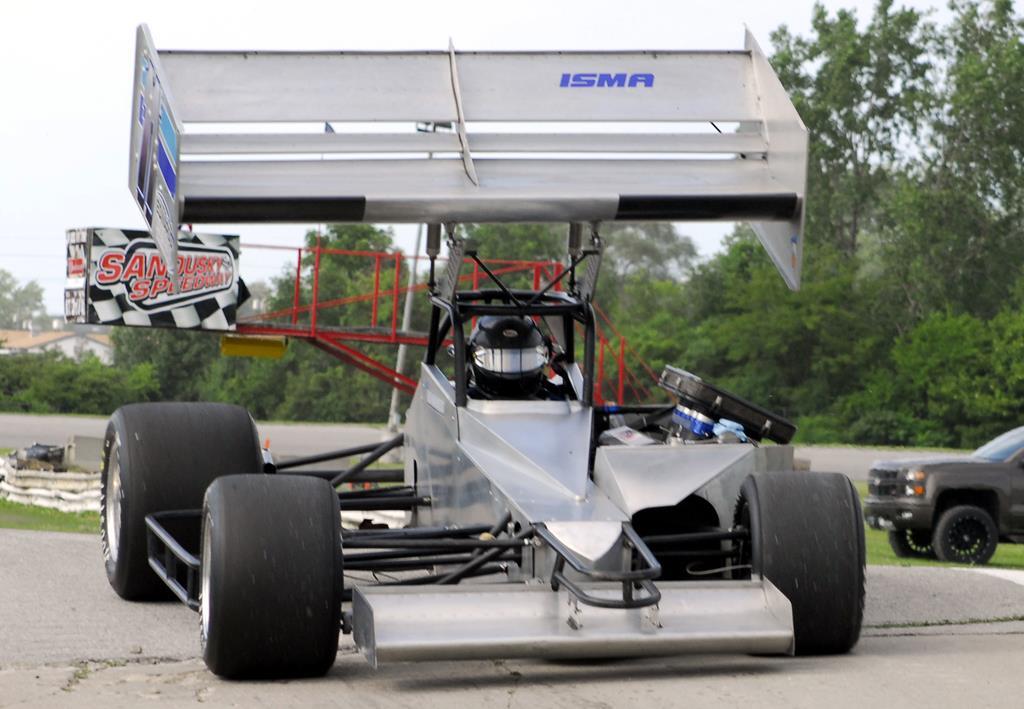 May 30, 2021 – Kalamazoo, Michigan – Kyle Edwards (11e) tamed the supermodified’s 35 lap feature with Must See Racing Series – American Speed U.S. Nationals event.  From the start, the shootout between 6-time Oswego Classic champion, Greg Furlong (1) and Kyle Edwards was intense on the 3/8mile oval. Edwards kept the pressure on Furlong and was able to find the window on lap 11.  Unfortunately Furlong’s night ended with a dire crash into turn 2 while chasing Edwards. Meanwhile, with 15 laps remaining, fastest qualifier Jim Paller (64) was on the move working his way thru traffic to catch Edwards but fell short along with A.J. Leseicki (88) directly behind him for podium.

There was plenty of action with gassin’ and passin’ as twelve supermodifieds took the track.  While the pack was keeping the gap close and during the Furlong-Edwards shootout up front, the field would see it’s 1st caution on lap 17 due to “Hollywood” Mike McVetta would come to stop on turn 3 & 4.   McVetta would not return due to drive shaft problems.  Not long after restart, 3rd generation pilot JJ Henes(36) would make contact on the turn 4 wall, and he would not be able to return due to heavy damage.  The brisk night took a red flag on lap 20 as fans gasped seeing Furlong hit turn 1-2 wall and finally stopping on short back stretch.  As the cars came to a stop and safety crew shot out to attend Furlong’s rescue, Larry Lehnert (92) super suffered an abrupt oil leak and would be finished for the evening.  When safety crew gave the go-ahead, the 11e Edwards in his Bodnar chassis hung on for the win while Paller had him on his sights.

Everyone at Midwest Supermodified Series would like to give SPECIAL THANKS to:

The Midwest Supermodified Series will take the action to Sandusky Speedway on July 3rd. 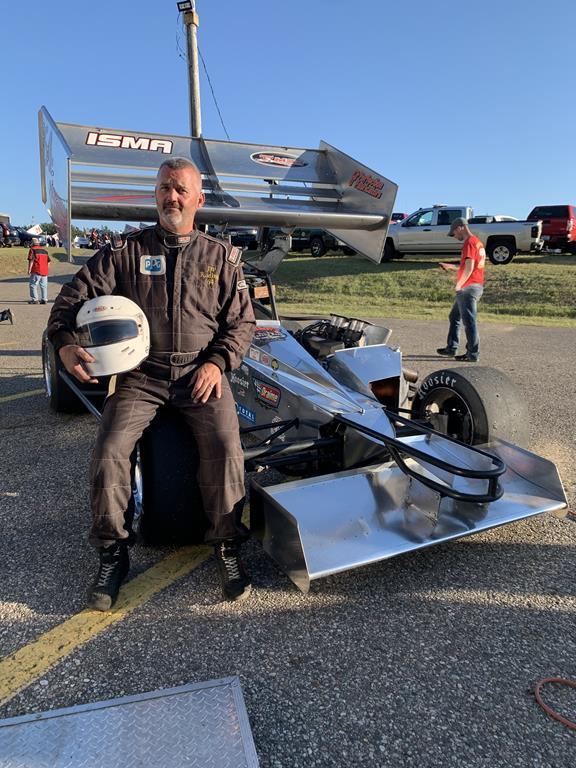 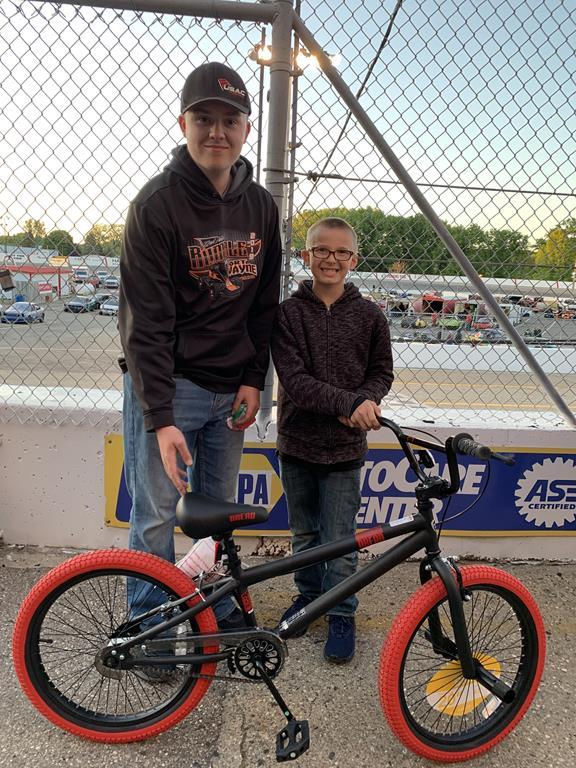 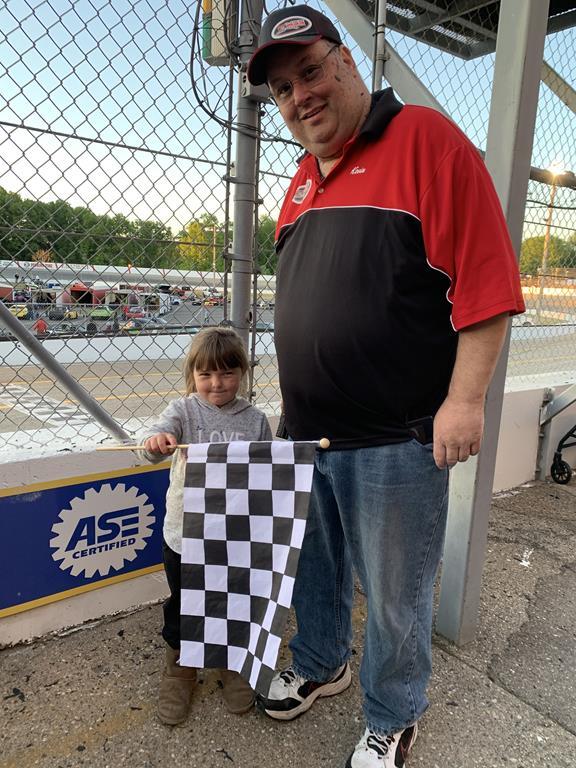 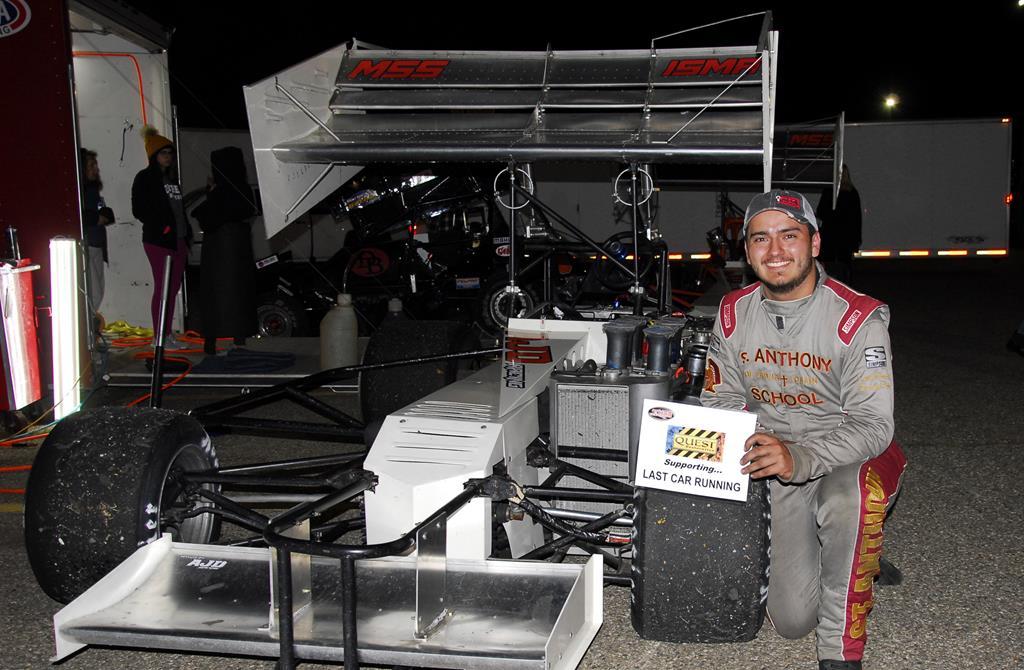 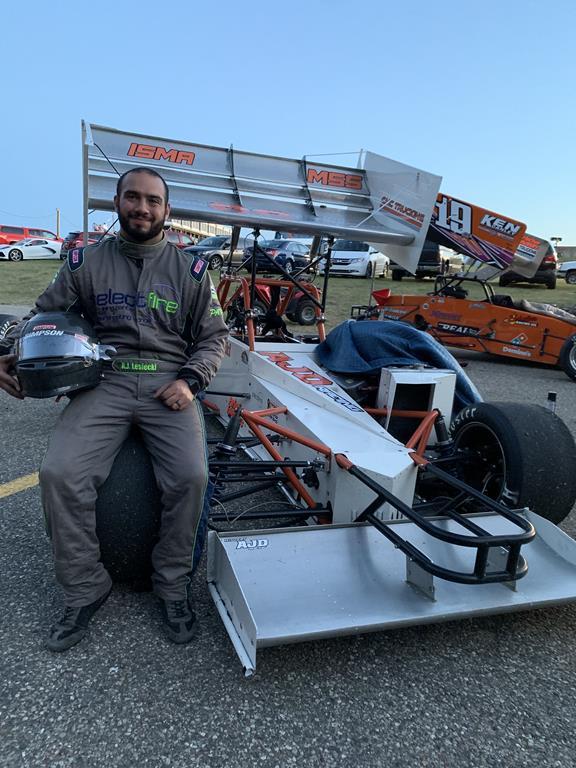 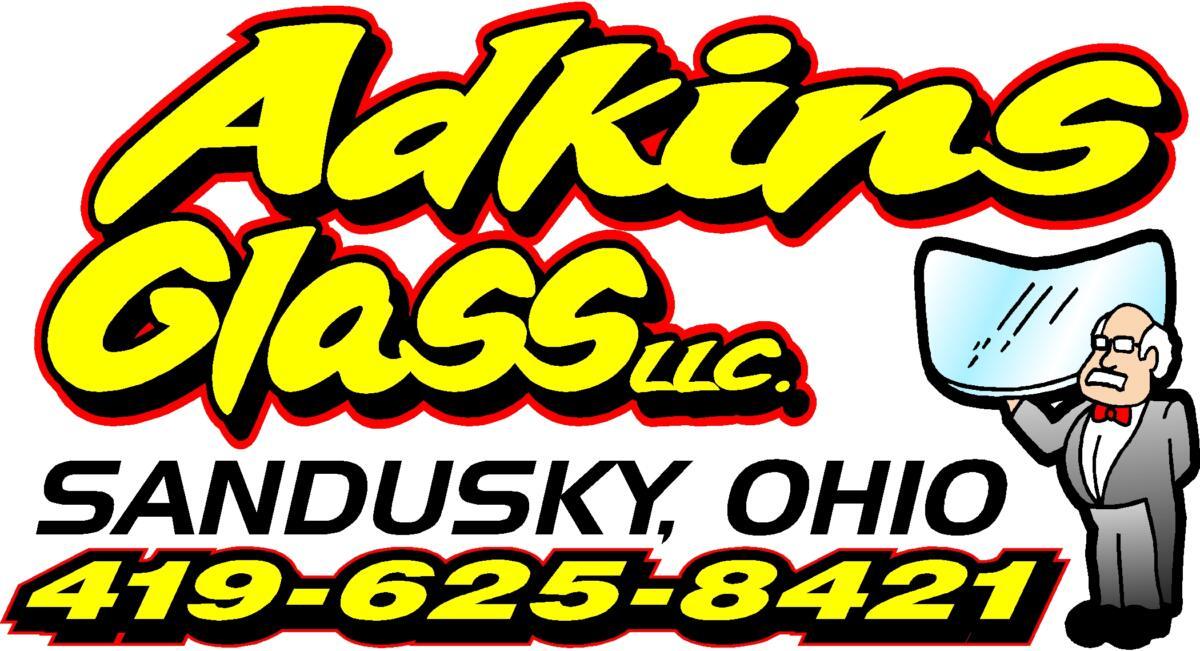 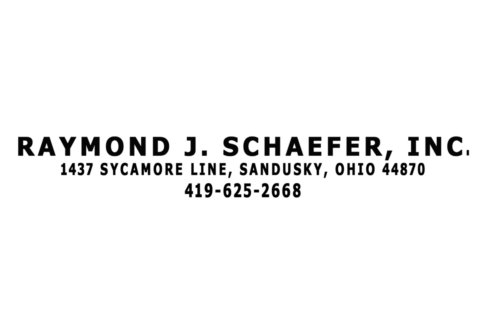